On March 3, 2013, women and men from around the country came to Washington, DC to celebrate the 100th Anniversary of the Woman Suffrage Parade of March 3 1913. "to honor the Suffragist & the 22 Delta founders who marched in the original 1913 march". The event on Sunday was largely organized by the Delta Sigma Theta Sorority which was also celebrating the 100th anniversary of its founding by 22 collegiate women at Howard University. Today, Delta Sigma Theta Sorority is the largest African-American Greek-lettered sorority in the world. The event was attended by an estimated 15-20,000 sorority members, from as far away as Japan, Germany and Guam. Members of the National Organization for Women, the League of Women Voters, the National Women’s History Museum and several other women’s organizations joined the Deltas, many dressed as suffragists.

The original march down Pennsylvania Avenue organized by the suffragist Alice Paul for the National American Woman Suffrage Association and was scheduled on the day before President Woodrow Wilson's inauguration. The original marchers were jeered and harassed largely by men who were in town to attend the inauguration. Less than two months after the sorority's founding, the Founders of Delta Sigma Theta began their political activism by participating in the historic 1913 march. The local police largely stood by as over 200 women were injured and treated at local hospitals. Nevertheless, most of the marchers finished the parade. The march and the attention it attracted were important in advancing women's suffrage in the United States. In 1920, the Nineteenth Amendment secured the vote for women.
Read More
Powered by SmugMug Owner Log In 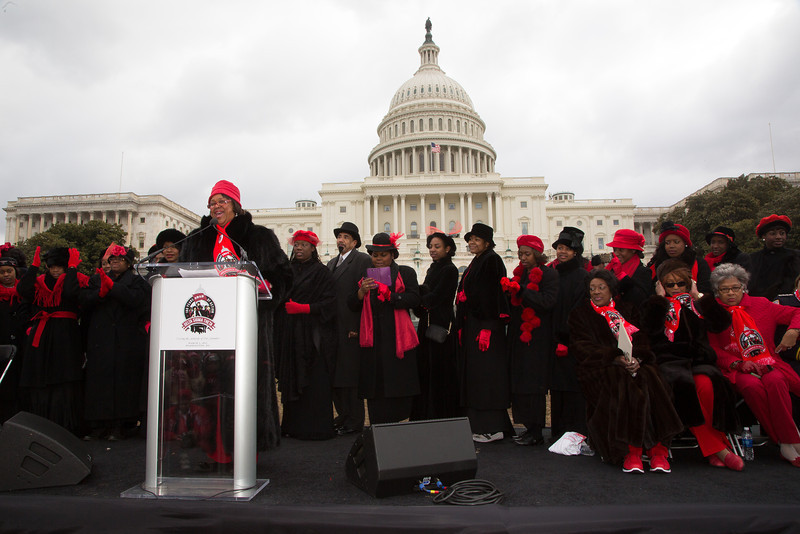